The NQ Open 2017 was run from the 5th to 6th of August, and the club continued to experiment with the annual event by increasing the prize money to $3,500 (more than doubled from last year) due to our fundraising activities with Bunnings, but also with support from the Chess Association of Queensland and Gardiner Chess. Once again a number of players travelled to Townsville, and we had competitors arriving from Charters Towers, Cairns, Mackay, Dysart, Brisbane, Canberra, and Sydney; so thanks to all those players who travelled to get here! The tournament was again won by Stephen Solomon making it back to back championship wins, but even though he had a perfect score of 6/6, his run was not quite as smooth as it was at the Mackay Open earlier this year. 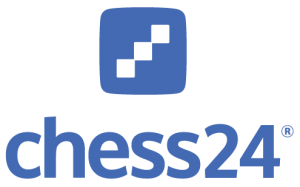 One notable innovation for NQ 2017 was the introduction of electronic DGT chess boards (acquired through the Queensland Government’s Gambling Community Benefit Fund), and live transmission of the tournament on chess24.com. The chess24 people kindly make their transmission service available free of charge, and the facilities they provide (including engine analysis, etc.) are excellent.

Below are some photos of the event courtesy of Ian Hitchcock. They are very nice shots, although the prize-giving photos were ones that I took on my phone, so you can see a sudden drop in the composition and quality of the last four shots!

This year we had a lot more prizes to give out, and there was more on offer for players of all strengths. Check our the results page for the full prize list, final standings, and crosstable.

You can browse games from the top five boards on chess24.com, or just download the games in PGN format (if you need a viewer, ChessX should do the trick). Below are some selected games that I’ve annotated based on my own chess prejudices (the computer helped just a bit too), although you can also download the annotated games here.

As early as round 2, Tony Weller had serious chances to upset the chartered tournament course by being within a whisker of a draw against Stephen Solomon:

Also in round 2, David Castor flirted with disaster after losing a whole piece against Eddie Ottschoffski:

Gareth Charles was the other player who managed to pose problems for Stephen Solomon, producing this game in round 4:

The following game of mine shows how much luck there is in chess, especially at the club level:

Another round 4 game produced an interesting king and pawn ending, with black appearing to be lost on move 45, yet actually having a draw in hand:

Doug McClure’s last round game against Stephen Solomon led to a win for Stephen with some attractive play on the dark squares: